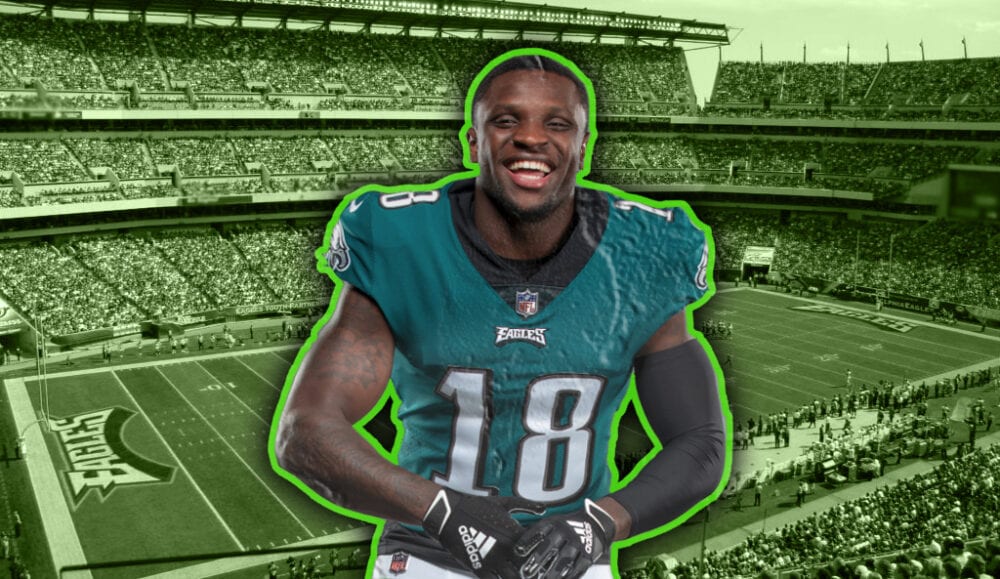 Philadelphia Eagles wide receiver Jalen Reagor is drawing trade interest from a number of teams around the league as many speculate his days are numbered in Philly, according to 94WIP’s Tim Kelly.

Reagor, 23, has not lived up to the hype following his selection in the first round of the 2020 NFL Draft. Reagor was projected to be a productive vertical threat, something he showed during his college days at TCU, but things that have not yet translated to the NFL level thus far.

Should the Eagles trade Reagor would incur less dead cap charges and more cap savings than a straight release, which also depends on is a cut were to be designated as a post June 1st cut.

The Eagles are expected to again target a wide receiver in the upcoming NFL Draft, a position that has been of need over the course of the past few seasons.