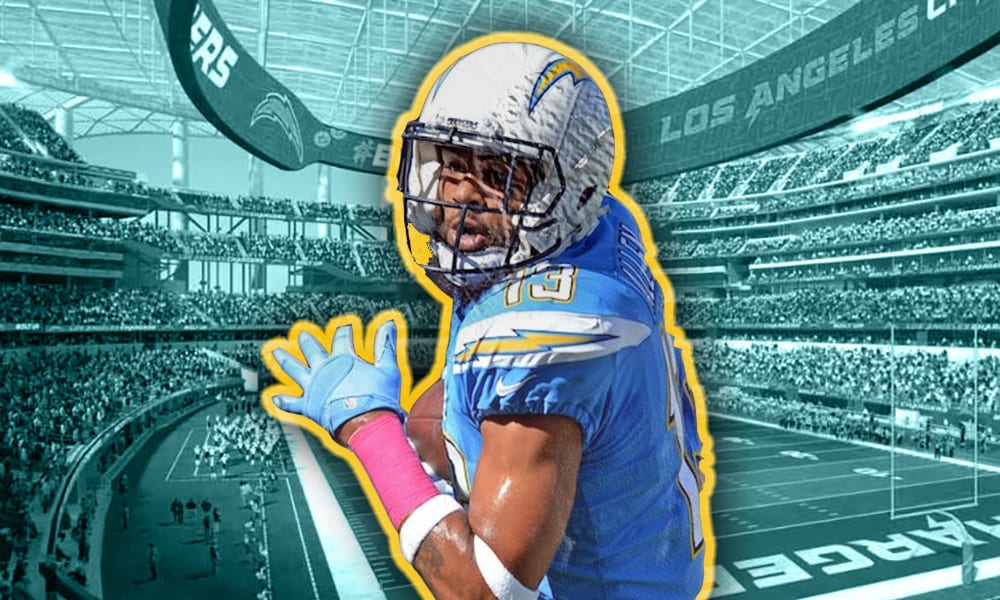 The season has been a bit rough for the Los Angeles Chargers and those struggles continued during Week 5 despite a 30-28 victory over the Cleveland Browns where Chargers head coach Brandon Staley’s late-game, fourth-down decision came under scrutiny.

Among those to criticize Staley’s decisions, was Chargers wide receiver Keenan Allen who, in a since deleted tweet, asked “WTF are we doing” moments after Staley’s decision. Allen was at home dealing with a hamstring injury.

The decision in question came when Staley elected to go for it on fourth-and-1 from the Charger’s 46-yard line, while holding on to a two-point lead with 1:14 left to play. Chargers quarterback Justin Herbert’s pass to Mike Williams fell incomplete and the Browns took over on downs with 1:10 remaining.

“Since I’ve become the head coach we’ve grown extremely close,” Staley said of Allen, according to ESPN’s Lindsey Thiry. “We met this morning. Anyone that’s been a part of competition knows that when you’re not a part of it, you can feel some type of way. Keenan’s heart is with me, with us. I’m understanding of where he was in that moment because he’s not with his team or in the fire, that’s a money down that he’s used to being out there … We’re going to become closer because of it. We already became closer this morning.”

“There’s going to be some decision that some majority are going to disagree with,” Staley said. “You just have to have conviction in what you believe in and also be transparent with your process, not feel defensive or insecure about it.”

“We wanted to finish that game with our offense on the field,” Staley said. “They had played a whale of a game. We liked our matchup outside and that’s what I felt like the best decision was for us at that time.”

“The way our offense was playing in that game gave me full confidence in the matchup, and the way our defense was defending in the passing game, their kicker, all that good stuff. I mean that factored into it,” Staley said. “But we trusted our offense to go make a play and, um, that was the decision I made and, and felt like it was the right one.”

The Chargers (3-2) will play the Denver Broncos (2-3) at SoFi Stadium on Monday Night Football in Week 6.