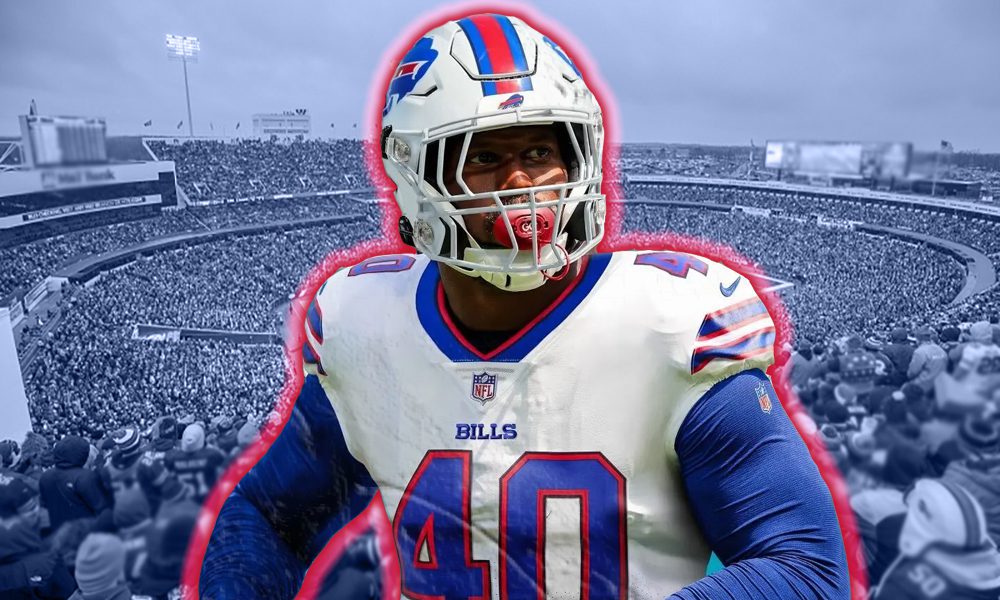 Buffalo Bills linebacker and pass rush specialist Von Miller will be out for the remainder of the season after undergoing surgery for an ACL injury, Bills head coach Sean McDermott announced on Wednesday.

Miller underwent exploratory surgery in Texas on Tuesday, and during that procedure an ACL injury was found in his right knee. Miller suffered at minimum a partial tear to the ACL.

Miller was initially placed on injured reserve last week, prior to the Bills taking on the New England Patriots on Thursday Night Football, and the decision was made that he would need a knee scope with the swelling going down and multiple opinions sought out, per Bills general manager Brandon Beane.

The hope was that Miller would make a return this season, and Miller even stated on his podcast that he was hoping to return for this week’s game against the New York Jets. However, things took a turn on Monday when Miller traveled to Dallas to have the knee looked at by Dr. Dan Cooper, the Cowboys’ head team physician and a specialist in surgical techniques for knee and shoulder injuries.

“I knew Monday night that this was a real potential, you know, crossing our fingers,” Beane said, according to ESPN’s Alaina Getzenberg. “We were hopeful that it was a scope to clean the meniscus up and any scar tissue in there. But unfortunately, when [Dr. Cooper] went in there yesterday — he did the surgery sometime yesterday afternoon — when he went in there yesterday afternoon, he decided that it would not be stable enough, it would not hold up, and that a full repair was needed.”

“Unfortunate situation, for Von, obviously, and our team. Care for him, obviously, like we would any player,” McDermott said. “We know how much this means to him in terms of playing and being with the team, so we look forward to getting him back, obviously off the field for the rest of the season and his leadership, and we’re certainly thinking about him as he recovers here.”

“Listen, you care about every player, right, and it affects you when guys go down,” McDermott said. “It’s the business we’re in, it’s a physical game, and so we care for everyone. Certainly, we care for Von in this case, and we’ll miss him. But as I said last week when he was out, it’s a time and an opportunity for other guys to step up.”

“I’m good, man. I’ll be right back,” Miller said in a video posted to social media on Wednesday. “Mentally, I couldn’t be in a better spot, man, and I think that is the majority of it, man. Don’t feel sorry for me. Don’t say I hate it for you. None of that stuff cause I am good. I’m excited for the opportunity to show my teammates how tough I am, how hard I work and how important that this means to me.”

Related Topics:von miller
Up Next