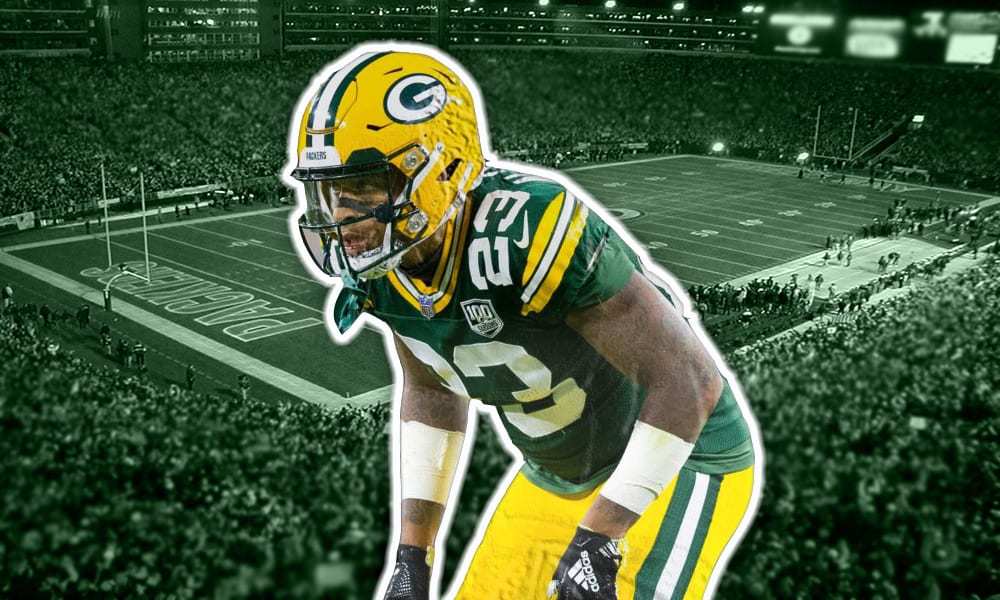 Green Bay Packers cornerback Jaire Alexander backed up all the trash talk that was said during the week leading up to a pivotal, must-win game against the Minnesota Vikings and star wide receiver Justin Jefferson.

Alexander shut down Jefferson, holding the electric wideout to a career low one reception and 15 yards and even hitting the “Griddy,” Jefferson’s signature dance, while looking back at him over his left shoulder.

The performance came after a Week 1 game that saw Jefferson torch the Packers  for 11 receptions, 184 yards and 2 touchdowns, which Alexander called a “fluke”.

Jefferson wasn’t too happy about Alexander’s celebration, saying he believed that it should have earned him a penalty.

“He does stuff like that to try [to] get in my head and stuff like that,” Jefferson said (h/t ESPN). “It is what it is. Even from his comments leading into this game, it’s just talk. It’s just trying to give him that booster, that confidence, to go out there and guard me. We are probably going to see this team in the playoffs. So I guess we’ll see then.”

Alexander said that he got a talking-to from the coaches following his comments this week to the media.

“What did I tell them? Shoot, I just told them, I’m just being honest,” Alexander said. “That’s it.” Alexander also added that he did not speak with Jefferson after the game. “I don’t think he wanted to talk to me,” Alexander said.

Jefferson said that the team needed to fix the trend where their losses have come by an average of 22.3 points, and their 16-game point differential is -19, adding that he can only do so much by himself.

“I finally came to the realization that I made my mark in this league,” he said, “and every single game they are not going to let me get 100 yards. They’re going to do whatever is in their power to not let me get to that type of numbers.