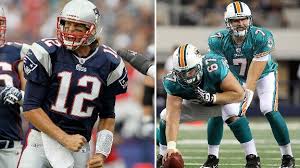 So how about a historic Monday Night to cap off an amazing opening week in football?  Sounds like the perfect recipe for an epic sports weekend.

The NFL kicked off it’s long-awaited 2011 NFL season in grand style, highlighted by the performance of New England Patriots‘ QB Tom Brady. New England totaled 622 yards, the most in franchise history and the most allowed by Miami. Miami’s Chad Henne threw for a career-high 416 yards in the losing effort.The 906 net yards passing by both teams was an NFL record.

But that wasn’t the only record setting performance. Oakland Raiders kicker Sebastian Janikowski hit on a 63-yard field goal attempt to tie the record for longest field goal made. According to Elias, NFL teams passed for 7,842 net yards and returned 8 kicks and punts for TDs. Both represent the most in any week in NFL history.

How’s that for opening weekend?

Here are some other tidbits from the weekend and in particular Monday Night that made this one unforgettable sports weekend.

Brady is that Damn Good and so are the Patriots

Talk about domination. Give the Dolphins credit, for the most part they hung in there with the far superior juggernaut known as the mighty Patriots, mainly due to the strong career-game played by Miami Dolphins QB Chad Henne.

The Patriots executed a no-huddle offense to near perfection on Monday Night making a Dolphins defense that ranked in the Top 10 last season, look like a college football defense.

Brady shredded through the Dolphin defenders taking advantage of the lack of conditioning that we have particularly witnessed amongst defenses in Week 1. Utlizing the tight end Brady also took advantage of the confusion amongst the Dolphin linebacker corps by hitting tight ends Rob Gronkowski and Aaron Hernandez over and over again for big gain after big gain.

These teams will meet up again later in the season, it’ll be interesting to see how much better (or worse) the Phins will fare when they have a defense in better conditioning. 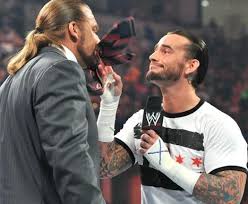 Where O’ Where Are My Ice Cream Bars?

That, ladies & gentleman, is the epic line of the night in yet another amazing promo by WWE wrestler CM Punk who keeps raising the bar each and every week with his performances on Monday Night RAW.

Face to Face with WWE COO Triple H, Punk brought a sense of realism, attitude and tense anxiety to a scathing promo. The best part of this promo was that Punk was on the mic with another great talker, Triple H.

The two played verbal chess for close to 15 minutes and easily the best 15 minutes of RAW. Personal jabs and tit-for-tat back and forth intellectual sparring made this promo especially good. But this has been CM Punk since July.

Just when you fear he may go stale with his uncensored bashing of “what’s wrong” in the world of wrestling, Punk proves he is a bit more in-depth than that. He keeps us engaged, entertained and for those of us who have watched the WWE product for a few years, he speaks a lot of the “truth”.

I love everything that Punk’s doing, I’ve said this before, but what Punk and HHH did Monday Night felt real and gave me the same sense of “I can’t miss this” that I had when Bret Hart confronted Shawn Michaels in the center of the ring in January of 2010.

What stood out to me the most were a few things. The fact that Punk referred to both he and Triple H by their government names, something that seemed to legitimately tick off Triple H and also seemed to bring too much realism to the squared circle. Punk’s mics were cut and you could hear both he and Triple H talking crap to one another without the power of microphone. You even heard Punk drop the F-Bomb on live PG TV.

Just when everyone was hailing the Boston Red Sox as the best in the AL after they once again handled the New York Yankees, here the Red Sox are losing 6 in a row (a few to the Tampa Bay Rays) to propel the Rays right back in the thick of things in the Wild Card Race.

Things don’t get easy for the Sox either. Tonight they open a series against the Toronto Blue Jays who always play Boston tough. To make things worse the Rays are in a series with the lowly Baltimore Orioles who haven’t played very tough the past few weeks.

Needless to say it would almost appear that the Rays have momentum and the Red Sox are reeling. Should be an interesting race down the stretch, a race that didn’t exist a week ago and nobody thought would exist.

Give Broncos Fans What They Want….So They Can Learn

A few months ago I lambasted the Miami Dolphins fans for booing Dolphins QB Chad Henne at Training Camp. Today, I am going to do the same with Denver Broncos fans.

Grant it Denver didn’t look very sharp last night but what stood out to me wasn’t the sloppy play of the Broncos, it was the chants of the Mile High Stadium crowd saying “We Want Tebow“. Really?!? Really??!

Surely it can be stated that Kyle Orton didn’t set the house on fire with his lackluster play behind center but let’s be realistic here. Orton threw for over 300 yards with one touchdown and one interception. He did complete only 24 of his 46 pass attempts but this isn’t all Orton’s fault.

Not sure how much better Tebow, a 3rd stringer, would have been.

Remember Denver fans, “The Grass isn’t Always Greener on the Other Side”

So as we head into the rest of the week we have a lot to reflect on. Sunday football glory is back in full effect, the WWE is getting better and better and the Red Sox are making things interesting in the AL Wild Card Race.

As the season changes to Fall we welcome in an exciting trend in sports that is promising to keep us engaged and fully entertained. I for one and looking forward to it!