Will The Red Sox Be Penalized For Using An Apple Watch To Steal Signs Against The Yankees?
Advertisement

By this point, everyone’s aware that the Boston Red Sox were caught stealing signs using an electronic device against the New York Yankees in a mid-August series at Fenway Park.

Here’s how it happened: Red Sox athletic trainer Jon Jochim received signals via an Apple Watch from video replay personnel, and then relayed the information to the players.

After an investigation by MLB, the Red Sox confirmed the accusations from the Yankees were true.

Is this a big deal? Red Sox general manager Dave Dombrowski doesn’t seem to think so. Depending on how it’s done though:

Dave Dombrowski "Do I think sign stealing is wrong? No I don't. I guess it depends how you do it." #RedSox pic.twitter.com/thCN7T358f

Sign stealing is a typical practice in MLB, but using electronic devices/technology to do so is prohibited by the league.

As it turns out, the Yankees might be guilty of that themselves.

On Tuesday—the same day the original story broke—Boston fired back at New York, accusing them of their own illegal sign stealing. Here’s an italicized portion of the linked article:

Boston’s evidence shows via video that the Yankees players were using the televised broadcast to steal signs while the game was going on. According to their evidence, Yes Network, the exclusive network for Yankees games, was aligning their cameras to show Red Sox bench coach, Gary DiSarcina.

DiSarcina, according to ESPN, was gesturing signs to a pitcher and then the Yankees players were using that information. The Red Sox after becoming aware of this, moved DiSarcina from his original position. Boston says this is not the first time that particular camera angle was used by Yes Network but this is the first time they were able to produce the necessary evidence.

On Tuesday, Yankees manager Joe Girardi denied the allegations. He also told the Daily News that it was, “complete nonsense.” It’s uncertain how MLB commissioner Rob Manfred will discipline both teams, if at all.

“We will conduct a thorough investigation on both sides,” said Manfred. “We’re 100 percent comfortable that it is not an ongoing issue.”

Much like Dombrowski, Manfred was pretty laidback about the entire saga:

This sums up the Manfred press conference..he's doesn't see it as a big deal. Sorry Yankees fans, he doesn't care. pic.twitter.com/rYLv5UhAbM

Dombrowski also thinks the Yankees leaked the story because Manfred happened to be in Boston on that particular day.

To make things even stranger, the Yankees accused Red Sox starter Doug Fister of using an earpiece to cheat. 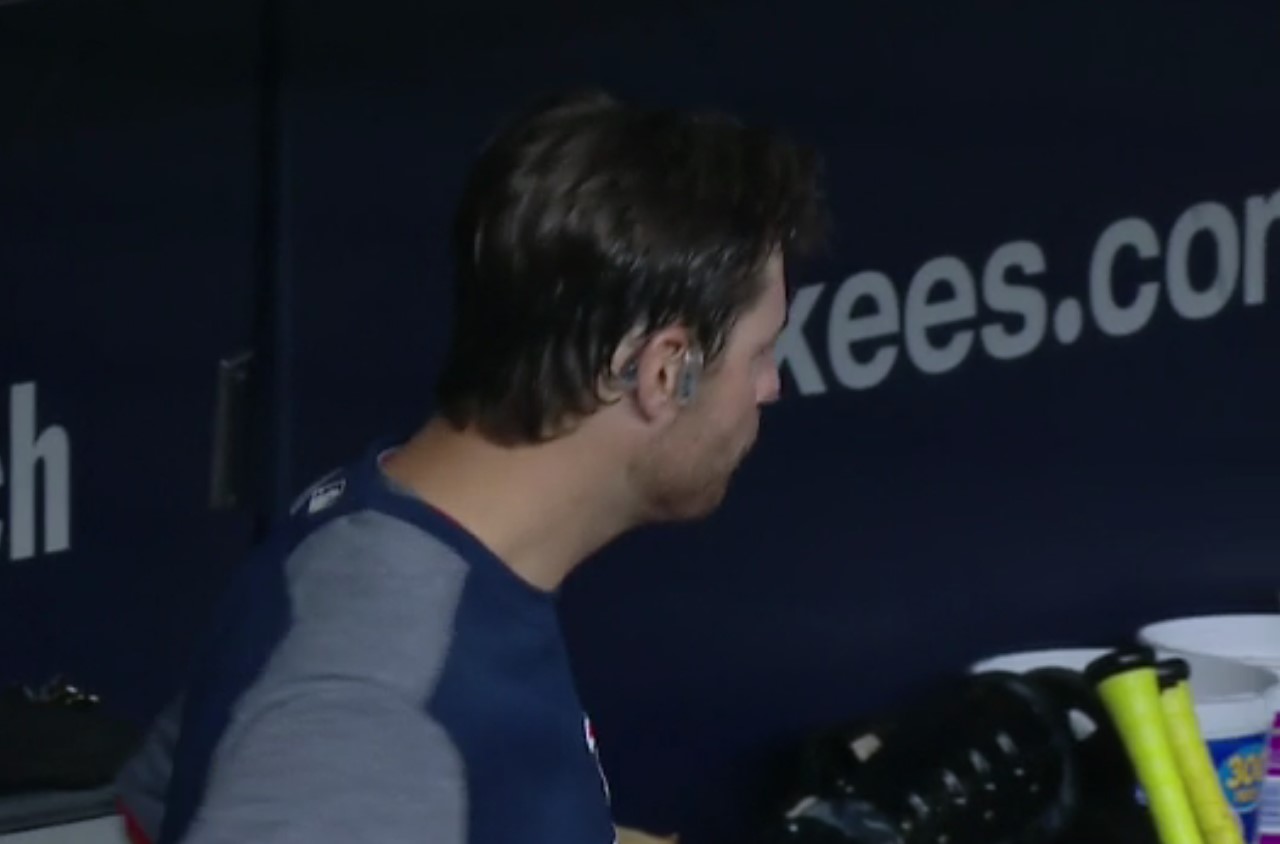 Really dumb move by the Yankees. It’s one thing to have hard evidence while making an accusation. This though? Talk about LOOKING for a reason.

Unsurprisingly, that accusation was promptly dismissed by the league.

Girardi called Boston’s accusations against his team as nonsense. What’s truly nonsense though is assuming a mouthguard to be an earpiece. Haha!

Point blank, the Red Sox broke the rules. They used technology to gain an advantage. But the Yankees very well could’ve done the same. Nothing to do now but sit and wait to see what type of action Manfred will take.

What would be an appropriate punishment for the actions of both teams though? Banned for the entire 2018 season? A loss of draft picks? A hefty fine? Being forced to use a triple-A lineup for all of next year? Having to start each game trailing by a set amount of runs?

The possibilities are endless. But who knows what will happen. I have a feeling both teams will get let off with a warning. We will see.

The Yankees trail the Red Sox by 4 games in the AL East (New York already won today, while Boston awaits their game at 7 pm).

(Update: both teams were fined an undisclosed amount on September 15.)

Is David Price Going To Return For The Red Sox This Season?