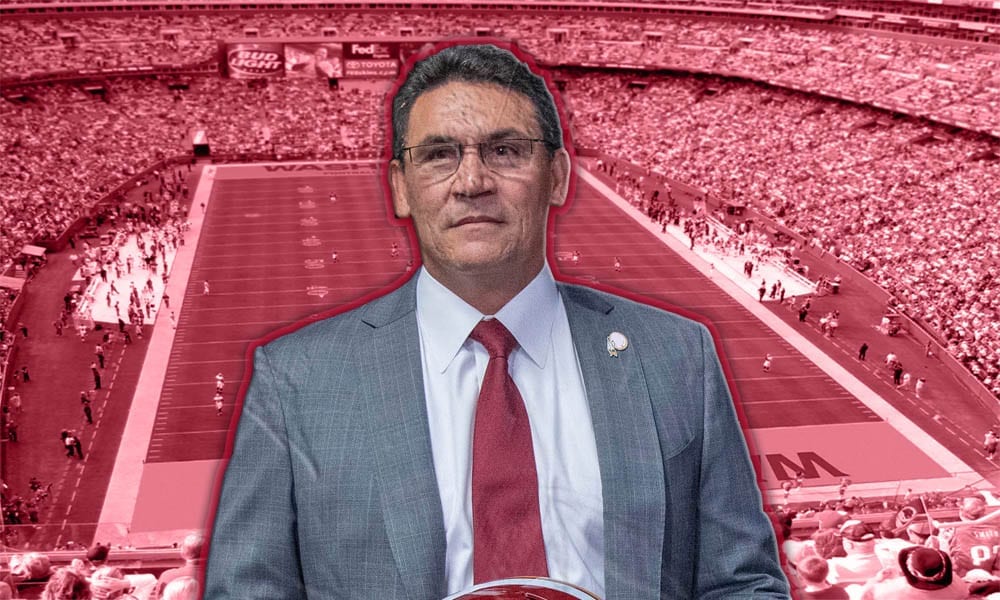 Washington Football Team head coach Ron Rivera is tasked with not just leading his new team, which he took over as head coach of this offseason following a long tenure with the Carolina Panthers, but also helping them navigate a name and culture change.

“There’s a lot of things we’ve gotta change and correct so we can go forward,” Rivera said, during an interview with ESPN’s Jeremy Schaap on Outside the Lines (h/t ESPN’s John Keim).

“We’re trying to create an inclusive culture, a culture where people buy in and support us, help us, we support them, we help them. We want to change it to the point where people are proud of who we are as we go forward as an organization.”

The embattled franchise announced on Thursday that they will be known temporarily as the Washington Football Team, and Chief marketing officer Terry Bateman said that the entire name change process could take anywhere from 12 to 18 months to complete.

While a number of team name possibilities have circulated online, the Warriors won’t be in the running as owner Dan Snyder, who previously tried to trademark the team for an Arena League team, could have considered, but Native American leaders have said that would be too close to the former name.

“We told everybody we’ve learned through this process of trying to understand it that it’s gonna take us at least 12 to 18 months to do it right,” Rivera said. “We may have a decision on the name sooner; but to do it right, to produce it right, to put it out right, we’ve got to go through the process.”

“We’ll probably have the name a lot sooner than I think we expected,” Rivera said, “but we just want everybody to know, this is going to take a little bit more than we had anticipated originally.”

Rivera was also asked about the recent allegations that were documented in an article by the Washington Post.

“I was surprised, disappointed,” Rivera said, “knowing that this is part of the reason why I’m here, is to change those things, is to make sure that we don’t have this type of an environment. We want to have a positive workplace environment — not just for the football team, for the players and the staff; but for the organization itself.”

It’s obvious that Rivera has a lot on his plate moving forward, and not just with his duties as head coach.