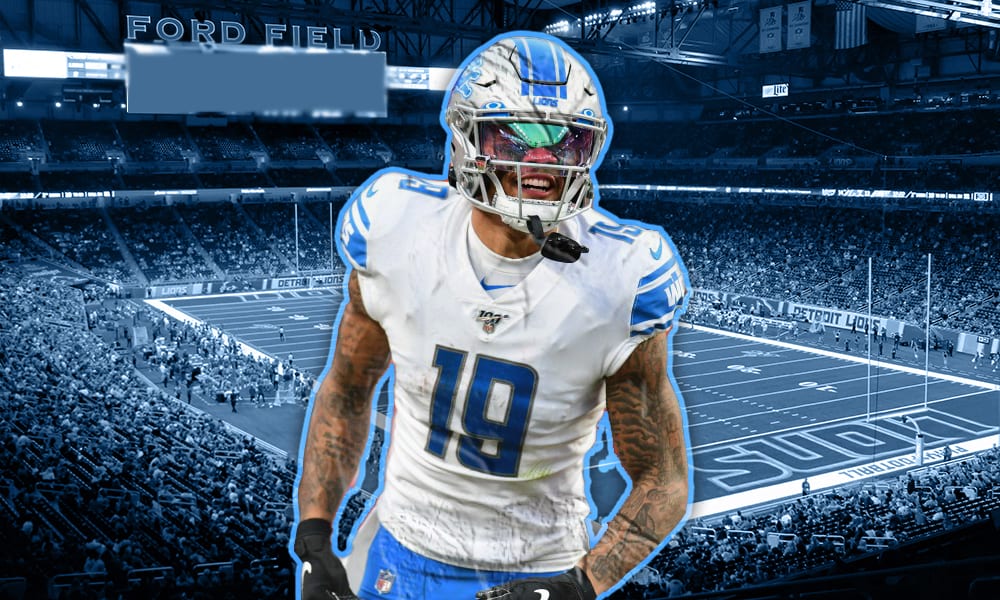 The Detroit Lions are hoping that their premier wide receiver Kenny Golladay can join the ranks of DeAndre Hopkins, Michael Thomas, and other elite wide receivers in the 2020 season.

Lions offensive coordinator Darrell Bevell has set high expectations for Golladay, who projects to be a major part of the Lions offense this upcoming season.

“There’s specific things that we’re talking to him that he can take his game to the next level,” Bevell said, according to the team’s website.

Golladay earned a Pro Bowl nomination in 2019, and has collected 135 receptions and 16 touchdowns in the last two seasons.

“Really, you want him to be thought of with the Hopkins and Thomas and those type of players, where he is really dictating to the defense how they have to cover him. Sometimes that’s where that guy gets double covered, he’s worried about all the time, and you help your teammates.

“But when you’re in that go-to opportunity, and that’s the guy, and it’s like everyone knows Kenny Golladay’s getting the ball and everyone knows he’s still going to make the play. That’s really where we’re trying to get him to, be that dominant-level player.”

With the Lions looking to lean on Golladay more, expect his fantasy value to skyrocket as well.