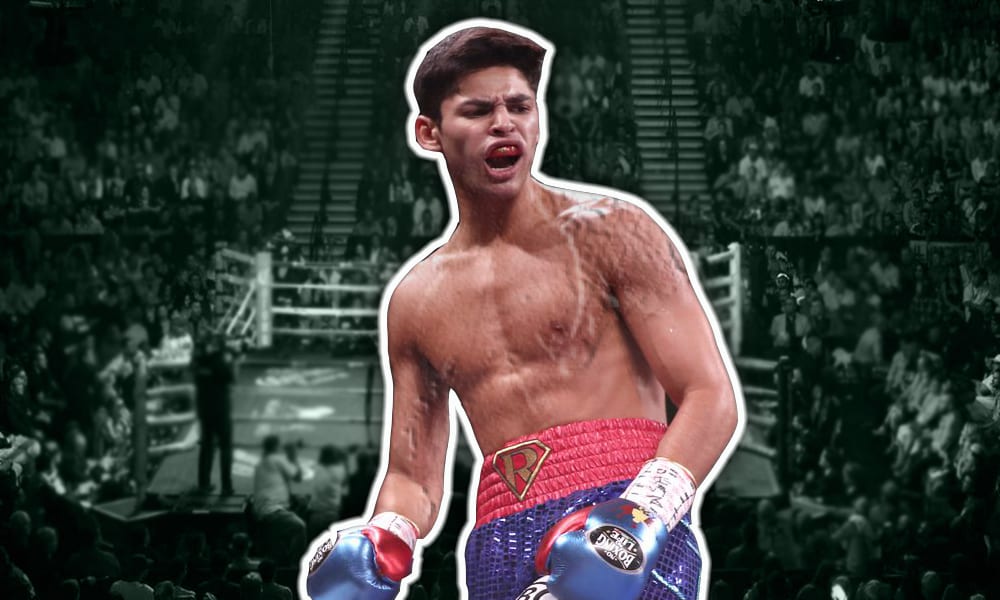 After absorbing an unfortunate knockdown in round 2 of his previous fight, Garcia bounced back and annihilated Luke Campbell with a nasty left hook to the liver that forced the latter to fall on his knees and failed to beat the mandatory ten count.

With the convincing TKO win, the 22-year-old Californian preserved his unblemished record and improved to 21-0-0 while Campbell dropped to 20-4-0.

In an interview on the Rich Eisen Show, Garcia called Gervonta Davis out and bragged that he would finish the WBA Lightweight champion in just a couple of rounds.

“King Ryan” would also love to have a piece of Manny “Pacman” Pacquiao right after a potential square off with Davis. However, he clears that he’s not calling the eight-division-champion out, rather, he just wishes to share the ring with the legend so that Pacquiao can pass the torch to him.

Garcia’s courage is notably admirable. But the big question is, can he withstand the “Pacman” should the fighting senator’s camp give him a chance?

In my own humble opinion, no. Garcia won’t survive Pacquiao for two reasons.

Should Pacquiao give him a chance to go toe-to-toe and as the challenger, he must climb up the welterweight division and, this is non-negotiable.

Pacquiao, even though having the age disadvantage, is still lording over the welterweight division for almost twelve years. Currently, he has an impressive résumé of 62-7-2. Not bad at all for a 42-year-old active pugilist.

“Pacman” has faced high-caliber fighters in the said division. The likes of Timothy Bradley, Chris Algieri, and Keith Thurman, who all had immaculate records until Pacquiao gave them their first sorry losses.

Garcia, although standing half-a-ruler taller than Pacquiao and having an 85% KO rating is too light for a welterweight. His power will drastically diminish if he abruptly moves up from his current weight class.

Just take it from Pacquiao, who was known for being a destroyer during his heyday. But when he transitioned from lightweight to welterweight, he barely recorded a couple of KOs in over a decade.

Despite his height handicap in his present division, Pacquiao still manages to bring taller boxers down, and Garcia’s fate will be no different from the fallen ones.

Among the two, Pacquiao, without a doubt, is the older man. But make no mistake, despite nearing his golden years, “Pacman’s” speed is still evident. He’s still blinding-fast than any younger fighters out there.

In his last fight, way back in 2019 against Keith “One Time” Thurman, Pacquiao threw a total of 686 punches versus the American’s 571.

It’s true that even though Pacquiao had over a hundred more punches than Thurman, the latter landed more than the former with a discrepancy of 15 total punches. But, hey, Pacman decked “One Time” in the opener and won the bout. That’s a 40-year-old boxer for you, by the way.

Although winning by KO over Campbell, Garcia can’t deny that he had a hard time beating the British, especially when the southpaw Campbell caught him with a solid left hook to the jaw that sent him to the canvas for the first time in his career.

I like to remind you that Pacquiao is also a southpaw, and we’ve seen him floored boxers with a staggering left hook many times. You can ask Ricky Hatton about the feeling of getting hit with Pacquiao’s hefty lefty.

My hat’s off to Garcia for giving Pacquiao the utmost respect. The young boxer even explained his passing of the torch analogy with Pacquaio beating Oscar de la Hoya. But to remind him, “Pacman” made “The Golden Boy” quit so he can courteously claim “the torch” from the boxing icon.

Sorry to disappoint “King Ryan” but the passing of the torch won’t happen anytime sooner with Manny Pacquiao as the Filipino boxer still has no plans of hanging up his gloves nor slowing down.

If there’s one Garcia that fans and pundits wish to see fight Pacquiao, it would be Mikey or Danny, Mikey Garcia or Danny Garcia, and not Ryan Garcia.

For Garcia. It’s best to walk his talk against Davis, whom he vowed to dismantle in just two rounds.