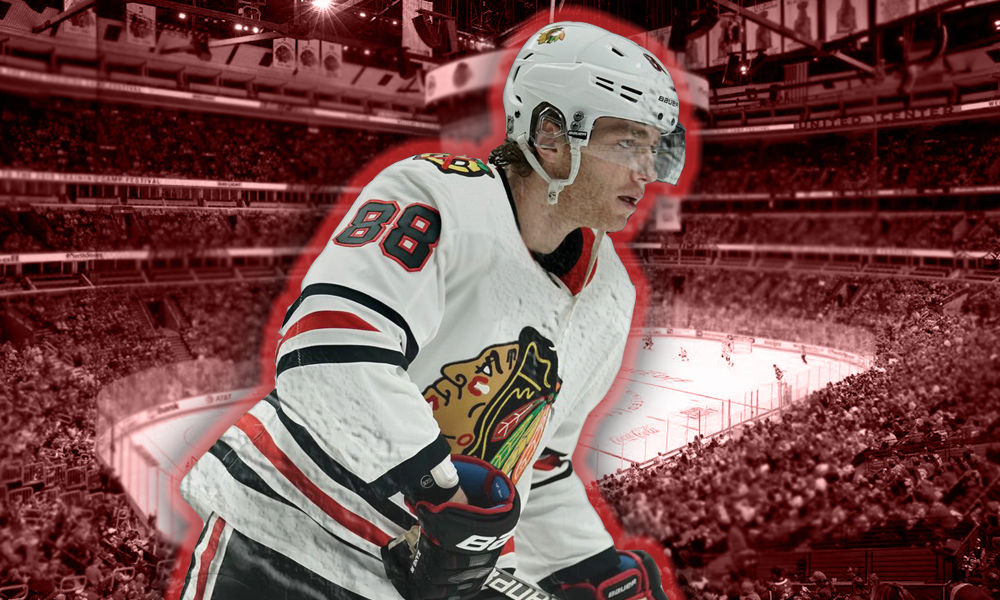 “I think the biggest thing is once you start reaching these type of milestones, 400 goals and 1,000 games coming up, it leaves you wanting more,” Kane said, according to NBC Sports Chicago. “It’s exciting to achieve them and nice to have these types of milestones. Probably means I’ve played a while, but I just think you just want to keep getting better and keep trying to help the team as best you can.”

“You try not to think about it, but I guess once you get it, it’s kind of nice to get it out of the way,” Kane said. “Just worry about playing good hockey and playing the way that I know how to play. You try to have that mindset going into the game but it’s probably in the back of your mind a little bit, especially once you near that number. Nice to get it over with tonight.”

“We all knew the situation,” Chicao head coach Jeremy Colliton said. “I think there were some guys yelling ‘shoot it’ from the bench when he’s on the 2-on-1 there. And it wasn’t like the puck banked in on his leg, either. It’s a pretty special goal. Nice for him, for sure.”

“When he was on the bench he had a pretty clear 2-on-1 and just in my end I was like, ‘there’s no way he’s passing this puck,'” Ryan Carpenter echoed. “And then you saw how the guy slides and he just buys all kinds of time, it was just such an elite play. When he’s got that goal on his mind, it’s just amazing how he created so much time for himself and you knew he wasn’t going to miss.”

While it was an incredible accomplishment for Kane, he wishes that fans were in attendance to share in the moment with him.

“That’s the way it is in this world right now,” Kane said. “I guess tonight it was nice to just enjoy it with my teammates. They seemed pretty excited for me. Lot of support from them guys, so nice to share it with them and the coaches.”

Related Topics:patrick kane
Up Next