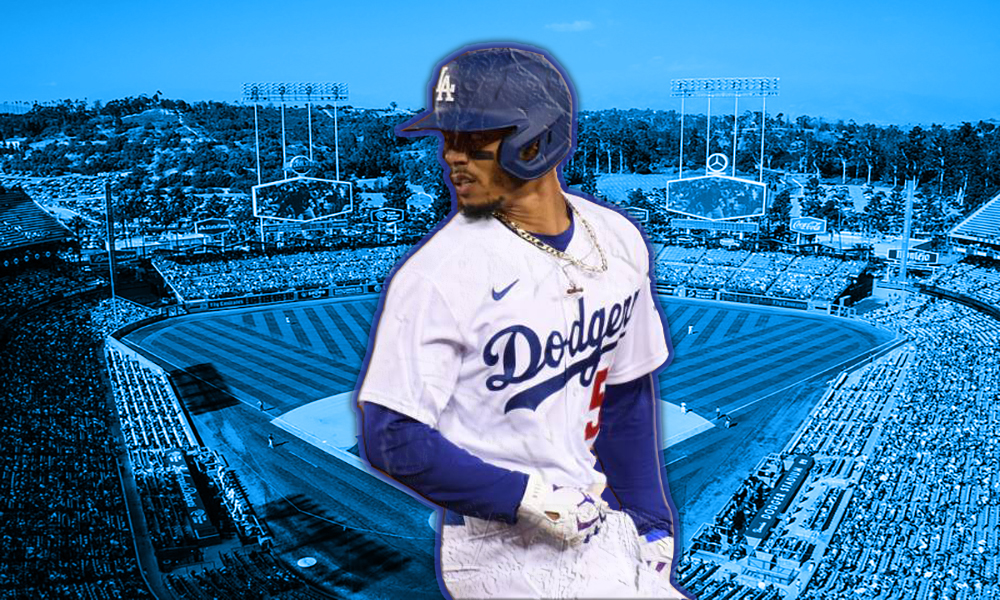 Dodger fans have decided to fully take aim at the Boston Red Sox for the acquisition of Mookie Betts. For their next move, they have decided to essentially troll Red Sox fans by placing a billboard right next to Fenway Park, thanking them for Betts.

Alexander Soto is the man behind the billboard. He is a Dodger fan, and founder of Pantone 294, which is an organized group for Dodger fans. In a tweet Monday, Soto posted a picture of him standing next to the billboard and joked that someone needs to take his credit card away after the purchase.

The Dodgers got Mookie Betts in a trade ahead of the 2020 season, and of course, won the World Series of the shortened season. Betts more than made his presence known during the World Series and is the first player to win a World Series and be named MVP for two different franchises, while under 30 years old. The other World Series championship Betts won was with the Red Sox in 2018, when they beat the Dodgers.

Betts signed a huge extension with the Dodgers last summer before the team even made it to the World Series. The extension is for 12 years, and Betts is guaranteed $365 million.

Of course, Boston fans are not keen on the new billboard right next to their ballpark and were devastated when Betts left Boston. Rightfully so. Betts not only helped Boston win a championship, but was the AL MVP, and a two-time Silver Slugger. He spent his first six years in the league with the Red Sox and quickly became a fan favorite.

Those are the same accolades that made him just as much of a fan favorite in Los Angeles and cemented that thought with his home run during Game 6 of the World Series last year.

Soto also affirmed to Red Sox fans that since baseball is back, it was more of a fun gesture than anything else. He said the billboard was never meant to be a form of trash talk but describes it as, “…an honest thank you message. I think Mookie was the final piece we needed to win that championship”