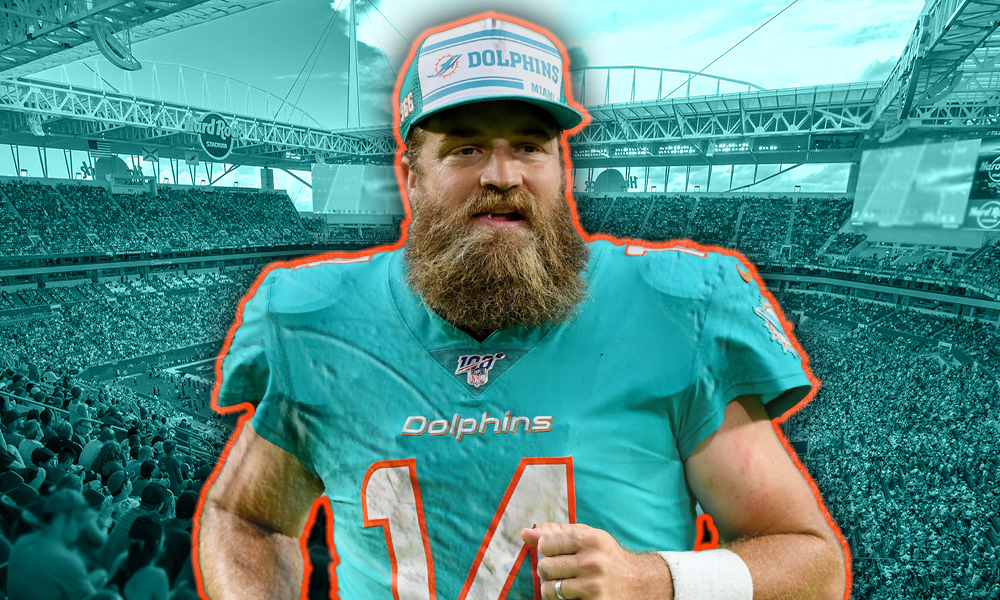 Last night the Washington Football Team agreed to terms with former Miami Dolphins quarterback Ryan Fitzpatrick to a one-year, $10 million contract that could increase to $12 million due to incentives, according to ESPN’s Adam Schefter.

The move locked in a starting quarterback for the 2021 season, to start at least, but it also hinted that Washington is following the blueprint that the Dolphins navigated with Fitzpatrick last season, when Fitzpatrick served as a bridge to rookie Tua Tagovailoa.

As Washington made the playoffs riding their stingy defense, and taking advantage of a weak NFC East division, it became clear that their current crop of quarterbacks were not the present solution. The team never felt comfortable with Alex Smith running the show, given his injury history, and both Taylor Heinicke and Kyle Allen didn’t impress much during their stints guiding the offense.

While the franchise may make statements suggesting that Heinicke is someone they are interested in developing, the Fitzpatrick signing doesn’t convince me that he was brought in to help develop Heinicke to eventually take over starting duties.

The Fitzpatrick move is to do exactly what the Dolphins did – draft a quarterback to wait in the wings behind Fitzpatrick to eventually take the helm.

Fitzpatrick offers more than just a body to line up under center until the next franchise signal caller is ready, is offer Washington a chance to win while they do so, and it can easily be argued that Fitzpatrick is leaps and bounds better than any of Washington’s options last season, or the season prior to that.

As far as who that young quarterback is, we will have to wait until the draft. By locking Fitzpatrick in as your starter, it eliminates a potential trade for New York Jets quarterback Sam Darnold, in theory. Fitzpatrick will be a bridge for a rookie.

Which means that Washington won’t be staying put at #19, especially if they want a shot at one of the premier quarterback prospects available in the draft. Washington now becomes a team to watch as they will likely target moving up in the draft into the Top 10. Teams like the Miami Dolphins could be a trade partner for such as move, but the Dolphins 3rd overall pick is expected to garner a lot of interest, and come at an incredible price.

However, Washington has now positioned themselves to make such a move, and pay such a price. Otherwise, paying $10 million for a 38-year bridge quarterback in Fitzpatrick, without a rookie in place to hand the controls to, it just a waste of time and money.

Related Topics:Ryan Fitzpatrick
Up Next